What is really happening in protected areas in China 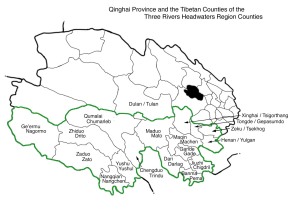 When a government declares an area protected that’s good.

When state power draws a red line round a large area, designating it a nature reserve, that’s good, right?

Not always. What seems on paper to b e another step in protecting the planet is actually meaningless if, within that red line, miners are allowed in, while authority looks away. That’s bad. That’s what is happening in many of the biggest protected areas in China.

What seems on paper to be protection for all sentient beings is the direct cause of poverty, immiserisation and destitution when the indigenous stewards of the land are forced to lose their livelihoods and leave their ancestral lands, without any consultation. That’s what is happening today in Tibet.

Tibetan nomadic pastoralists are being excluded, without say, en masse, from a huge area of prime pastoral land, in “the second largest nature reserve in the world”, that includes four entire prefectures, more than half the area of Qinghai, a big province, in the name of conservation. Rather than including the pastoralists in solving problems of watershed protection and land degradation, hundreds of thousands of skilful Tibetan pastoral nomads are losing their livelihoods, officially designated as “ecological migrants.”

IUCN classifies the 363,000 sq kms of the Sanjiangyuan Nature Reserve (SNNR), on its protectedplanet.org  database as WDPA315729, home to 100 iconic species, a few of which are classified as endangered. China classifies this vast green pasture as its “number one water tower”, because both of China’s great rivers, the Yangtze and the Yellow (and the Mekong of SE Asia) all rise in Tibetan glacial peaks, then meander all the way through these great grasslands. China, short of water after decades of over-use, has now decided its access to upstream sources is best guaranteed by depopulating the best grazing lands of the entire Tibetan Plateau, and IUCN seems to uncritically agree.

IUCN, on its global database of protected areas, cuts and pastes from Wikipedia: “To protect the grasslands, pastoralists are not permitted to graze their animals in designated ‘core zones’, and grazing is supervised elsewhere in the SNNR. In addition, residents have been resettled from core zones and other grassland areas of the 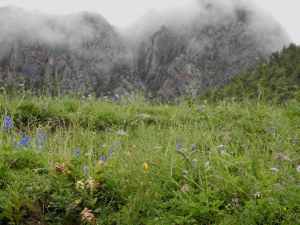 SNNR, and rangeland has been fenced and is in the process of being privatized throughout the Sanjiangyuan Area.”

The Wikipedia article provides no source for the above statement, which is not a scientific assessment but a summary of China’s official stance. 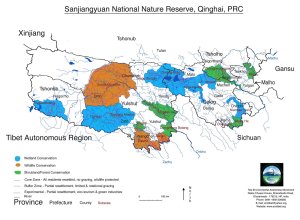 ges local community engagement with conservation, and indigenous knowledge as a primary asset in achieving conservation outcomes. Yet, on the Tibetan Plateau, where communities have no opportunity to organise their own NGOs, officials have decreed, since 2003, a policy of tuimu huancao, closing pastures to grow more grass. This shows China does not understand how grazing economies work, by balancing livestock grazing pressure with the growth cycle dynamics of indigenous grasses and sedges in the cold Tibetan climate.[2] China says: “there is a contradiction between grass and animals.”[3] The more grass, the fewer possible animals; vice versa, the more animals you have, the less is the grass. This means you cannot have both, it is a zero/sum logic. That is a fundamental misunderstanding of pastoralism, as practiced anywhere worldwide.

Since 2003, China’s steady implementation of its policy of displacing populations in the name of conservation[4] has made hundreds of thousands of nomads redundant, dependent on official handouts, leading marginal existences in peri-urban concrete settlements, often far from their pastures.[5] In most cases they are forbidden to return to livestock production, even when the grazing bans technically are for three or five year experimental periods. They are seldom given training in modern skills, and their traditional knowledge of rangeland dynamics is ignored.[6]

IUCN appears to have made a grievous mistake. IUCN elsewhere has a good record of championing indigenous knowledge and traditional community practices as beneficial for biodiversity conservation. IUCN has frequently published reports and guidelines on how to include local communities in the management of protected areas. Yet in this huge heartland of Tibetan pastoralism, bigger than the UK, nomad voices have been forcibly silenced,[7] leaving only the official voice insisting the exclusion of people is an objective scientific necessity. 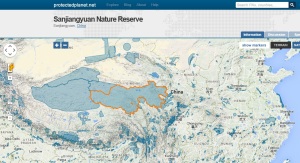 WHY IS THIS WRONG?

China buys agricultural land worldwide to meet the accelerating demand of its people for protein; while wasting the best productive Tibetan land. China has discovered a taste for milk, yet Tibet, where dairy products are the main marketable surplus, plays almost no part in meeting urban China’s demand for dairy. The potential benefit of linking the Tibetan economy to modern China has not been realised.

China is praised worldwide for setting aside so big a protected area, offsetting criticism that China is the world’s biggest greenhouse gas emitter, consuming more than half the global coal use each year. China wins points carbon capture by excluding human use and grazing, without evidence that over the long term the net carbon balance is improved.

IS THERE A BETTER WAY?

The nomads of Tibet need not be dismissed as the ignorant source of land degradation. They can be, and want to be part of the solution. Removal of human populations should be the last resort, but in China efforts to rehabilitate degrading rangelands have been sporadic, half-hearted and inconclusive.

The methods IUCN advocates are the answer. Co-management, based on empowering pasture user groups, a partnership of government and the local communities, is the way ahead. This has been proven, many times, around the world, and IUCN has often documented such successes. Instead of fencing nomads out, employing them to re-sow native grasses and tend disturbed areas, under scientific guidance, brings together agricultural extension science, biodiversity ranger employment and poverty alleviation in one package, that results in REDD+, the reduction of degradation and deforestation through payment of local communities for the ongoing environmental services they provide, especially to China’s downstream urban masses.

n Plateau, like the poles, experiences climate change at an especially rapid pace, with earlier spring melting permafrost and draining ice in the soil before plant roots can reach it as the short growing season begins, well before the monsoon rains arrive. As a result, many Tibetan wetlands have been drying and shrinking, which threatens migratory species reliant on the wetlands. Several wetlands, including those with Ramsar listing, were drained at China’s insistence in recent decades, further accelerating the desiccation of these key areas. Much work is now needed to fill the drainage ditches, which also reduces methane gas emissions and peat fires, especially in the Dzoge wetland, a 500 sq km Ramsar site on the Yellow River just east of the Sanjiangyuan Nature Reserve. Poor Tibetans need employment, and land rehabilitation, if done well, is often labour-intensive. IUCN can help persuade China there are better alternatives than exclusion, depopulation and the outdated “tragedy of the commons” argument.

Which human rights are infracted by China, with IUCN’s rubber stamp, depopulating the great grassland of eastern Tibet?

These repeated rights violations flout the good work IUCN does worldwide and the approach to conserving the planet IUCN consistently advocates as the right path. These violations have been well known for years, despite China’s efforts to silence Tibetans and forbid external scrutiny. In 2007 Human Rights Watch published an analysis of nomad removals, telling titled No-one has the Liberty to Refuse.

The most recent fieldwork report comes from Chinese ethnologist Qi Jinyu: ”The local people reckon that their behaviour does not cause overgrazing, but although they don’t agree with the official theory of overgrazing, they nonetheless had to submit to the state’s decision to proceed with migration and create a ‘no-man’s land’ wilderness protection zone.”[11]

China has been questioned many times at the UN over the immiserisation of nomads. China’s 2014 haughty official response to UN special rapporteurs is that: “China’s nomadic pastoralists have been following a lifestyle of moving from place to place in search of water and grass for the past several thousand years; this kind of lifestyle is characterized by instability; not only does it adversely impact their productivity, but it also influences their lives. Appropriately settling them could change their lifestyle, not only benefiting the development of production but also helping these nomadic pastoralists to further develop themselves and enjoy modern civilization. The specifics of where to settle them and by what means should be scientifically designed and comprehensively arranged by the local government.”

Specifically focussing on the Sanjiangyuan protected areas, China tells the UN it is “organizing the transfer of human populations from the Sanjiangyuan core region for ecological purposes, thereby protecting and restoring the region’s ecological function, and encouraging sustainable development and harmony of humans and nature.”

The Himalaya and Tibetan Plateau is warming three times faster than the global average. Tibet is on the frontline of global climate change. This is not the time to exclude those who can replant and rehabilitate degrading areas, by including them in the design and actual work of repairing damage done by past state failure and accelerating climate change. The Tibetan Plateau, close to two percent of the land surface of our planet, needs all the help it can get. Exclosing people from protected areas should be the last resort, after all other methods have been tried. In China, it is the first resort a social engineering solution to a problem that originates in state policies that over recent decades concentrated both Tibetan nomads and their herds on smaller land allocations, removing much of their customary seasonal mobility, the key to reducing grazing pressure and preventing degradation.

Du Xiaojuan ; Cheng Ji-min; Analysis of Formation Causes of Grassland Degradation in Damxung County of Tibet and Its Exploitation and Utilization; Journal of Anhui Agricultural Sciences , 2007