River diversion, on a grander scale than ever 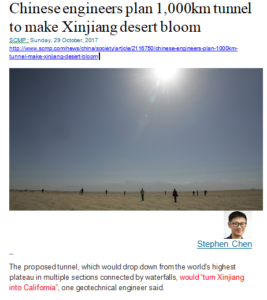 The possibility of extracting water from Tibet on a truly staggering scale, to make China’s deserts bloom, is a daft fantasy that never goes away. Like a rolang (Tibetan for zombie) it comes back from the dead, no matter how often it is dismissed, for its impracticality, stupendous cost and unmanageable seismic risks.

The rolang is blundering about yet again, this time in a long speculative piece in Hong Kong’s South China Morning Post, media more associated with the hi-tech of its owner, Jack Ma of Alibaba and the surveillance society. The story was posted on Halloween.

The SCMP story not only sketches the lo-tech dream of diverting the great Transhimalayan river of southern Tibet, the Yarlung Tsangpo/Brahmaputra sharply northward to the Yellow River of northern China, but even further north, all the way to the Taklamakan desert of Xinjiang. 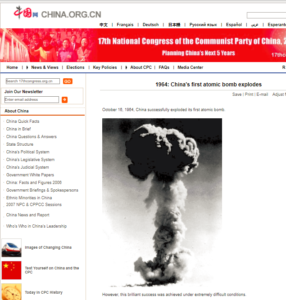 This is a vision on a grand scale: a desert for which China has found no use beyond exploding its nuclear weapon experiments will now bloom, thus attracting Chinese peasant farmers in their millions, as the Taklamakan becomes China’s California.

As Californian dreams go, this one checks in but doesn’t check out. It is ridiculously impractical for many reasons. The most one can say for it is that it’s a fantasy, appealing mostly to middle aged Han male engineers, whose day has already passed.

How so? Here are ten reasons:

This zombie rerun was actually killed off quickly by an official Chinese state denial that any such plan exists. Since the zombie awoke in English, the kill was also delivered in English, in the nationalistic Party organ Global Times only four days after the Hong Kong balloon went up. By then even China’s  Foreign Ministry had officially denied it. 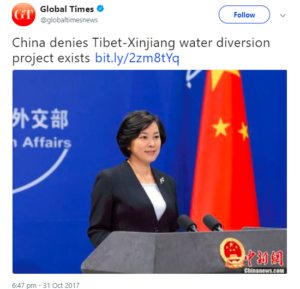 Not only was there no such plan to make the Xinjiang deserts bloom, there was no ongoing investigation of its feasibility either.

The zombie was truly dead, perhaps, yet in its short afterlife it managed to excite the president of the Tibetan government in exile and be reposted many times by Tibet supporters and environmental historians. The subsequent repudiation, in the Global Times, was ignored. So the zombie may yet lurch about.

Of the ten reasons listed above why this megaproject ain’t gonna happen, Global Times steered clear of nearly all of them, instead giving as its decisive refutation an argument suited to these times: Xinjiang could never pay for it. The knockout punchline: “The estimated cost of diverting water from Tibet to Xinjiang would be five times that of Xinjiang’s annual GDP.”

If the beneficiaries of diverting the Yarlung Tsangpo would be just the poor Uighurs of southern Xinjiang, it is true, they couldn’t finance it. Implicit in this reasoning is that this project would not be classified as a nation builder, capable of populating an arid area with politically reliable poor Han settlers. Nation-building projects, that stamp remote territories with state power, have been a feature of development “with Chinese characteristics” for many decades. It is only quite recently that such grand projects have failed to attract funding from central leaders, although many have been endlessly postponed because of expense, and the technical difficulties, for example, of building mega dams on the fractured rock of steep earthquake-prone Tibetan river valleys. 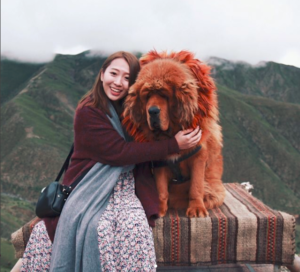 Is China moving away from nation-building mega-projects that establish the party-state’s power over remote landscapes? Not at all. What is changing is the industrial preferences of the nation-builders. On the way out are the long-planned ultra-high voltage power grids carrying electricity from Tibet to Guangzhou and Shanghai, because coastal China no longer needs massive increases in electricity use. The world’s factory is moving away from the coast to the inland, and as China rapidly shifts from a manufacturing economy to a services-based consumer economy, electricity demand is not rising as fast as the planners had expected.

The same logic applies to diverting not only the Yarlung Tsangpo but also the upper Yangtze tributaries away to northern China, not for Xinjiang, but for the heavy industries of downriver  Inner Mongolia, especially coal, coal chemicals and steel mills. Those too have peaked, as the economy is transitioning to a less energy-intense model. For years it did look as though demand for water, for industrial, urban and agricultural users across northern China, especially in Inner Mongolia, would be capable of paying for the construction of the highest dams in the world –each over 300m high- in Tibet, to intercept and divert the Yangtze to the Yellow. Now that moment too seems to be passing, even though the water shortage in northern China remains a major constraint.

Whenever such mega projects could not justify themselves on coast benefit analysis, the clinching argument, seldom made publicly, was that such projects are nation-building. They give the state an overpowering presence in troubled Tibetan areas such as Kandze prefecture, where the dams and canals and tunnels taking Yangtze water to the Yellow River would have to be. 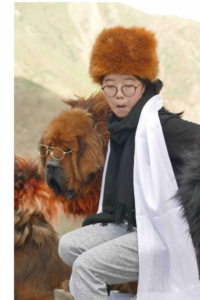 None of this means the nation-building mega-project is dead, just that it is morphing into a form better suited to today’s well-off consumption-led China. The closure of the livestock production landscapes of eastern Tibet, across Amdo, is very much on track, so the Sanjiangyuan National Park can replace it. Mass tourism will follow, with few visitors noticing that nomads no longer ride their horses through the alpine meadows, except for photo opps. Yaks will be for sitting on, for the iconic photo shot, not for subsistence production. Fierce nomad mastiffs will pose, toothless, for tourists to mimic. 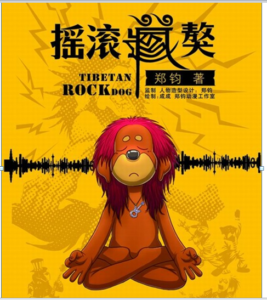 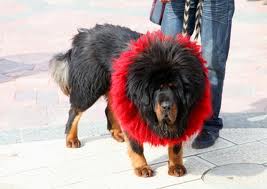 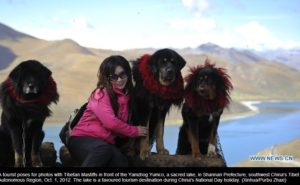 This is the future. China does not hesitate to close the most fertile pastures in Tibet, losing food security, in order to tell the world a glorious post-industrial story about growing a new wilderness of luxuriant ungrazed grass, wildlife conservation, carbon capture and world leadership in climate change. That’s the new economy.

The old economy championed by the old engineers fantasizing the rush of Tibetan water down to the deserts of southern Xinjiang, is fast fading. Too many such projects were far more expensive than planned, and delivered meagre results. China has moved on, the lure of creating a “California” in the deserts of Xinjiang no longer magnetises the planners and investors.

The rolang zombie of the Yarlung Tsangpo-to-Xinjiang canal is just one of many old China, heavy industry engineering dreams clung to only by sentimental nostalgics pining for the days when red engineers were  the heroes of building  “Chinese characteristics.”

The new economy is just as sentimental, this time about wildlife and pristine wilderness landscapes manufactured by official decrees that demobilise the nomadic herders, remove the yaks, sheep and goats, and reduce the remaining Tibetans to jobs as casual state employees enforcing the enclosures, exclusions, land clearances, rebranded as  park rangers. The new economy, for Tibetans, may be as disempowering as the old; and explaining why disempowerment is wrong may be much harder.

Why were China ’s Foreign Ministry and party propaganda media so quick to despatch this rolang? The Yarlung Tsangpo becomes the Brahmaputra of India and Bangladesh. Massive water diversion would greatly anger both. At a time when the US and Japan are wooing India to join in containing China, China too is out to woo, not confront India. Yet again, Tibetans are pawns in the game.

For the new economy of rejuvenated China, population transfer, adding Han settlers to remote districts, is no longer cost effective. Instead of adding Han, it is much easier to subtract the Tibetans, reducing them to dependence on state rations and casual employment as national park wardens. In their concrete camps on urban outskirts, the exnomads can lurch about uselessly, like rolangs. 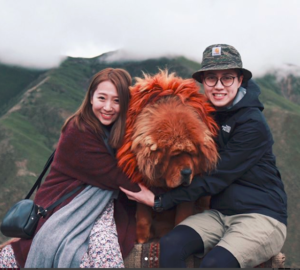 Hu Gui-sheng, Debris flow susceptibility analysis based on the combined impacts of antecedent earthquakes and droughts: a case study for cascade hydropower stations in the upper Yangtze River, China; Journal of Mountain Science, (2017) 14(9): 1712-1727