There is nothing so attractive to Communist Party leaders as a new opportunity to display mastery. It may be the tech bro dream of closely monitoring the movements of individuals, each of them, at all times. It may be monitoring and manipulating the movement of clouds, making it rain when and where controllers decide, masters of all under heaven, tianxia in Chinese.

China may be embracing the construction of “ecological civilisation”, but that does not mean letting nature be. The Communist Party has to be the author, the decider, the controller and thus reap the gratitude of the masses for its benevolence. 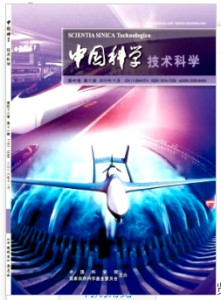 How else can one explain the power of the rainmaker scientists? How has it come about that a science with almost no demonstrable capacity to make it rain when and where control room wants it, has such political power? The geoengineering cloud seeders of China command serious money and commitments to spawn the skies with satellites designed to trigger the command to make rain happen, at exactly the right place and right moment.

The centre of this hydraulic fantasy, a skyward extension of China’s historic hydraulic, dam-building economy, is remote Qinghai province, far inland. Qinghai, the Tibetan province of Amdo, is a huge area, and where the Yellow, Yangtze and Mekong rivers begin their long journeys.

Mastery of the lands of the river source region is rapidly consolidating China’s mastery, by declaring the entire catchment to be national parks. But who governs the skies above those lands? Who has mastery? If China can magically enhance the rain, manipulate the clouds of Amdo, the Communist Party will truly be in command of all under heaven.  Little wonder this entire project has been given the deeply romantic name of River in the Sky, Tianhe.

A famous magazine enabling Amdo intellectuals a public voice was called Dangshar, Gentle Rain. In the 1980s, as China opened up, it gave a precious opportunity for new Tibetan poetry and short stories to find an audience keen to hear authentically Tibetan takes on contemporary reality. Until Dangshar inevitably ran into censorship problems, it was a rare flower, a joy for writers and readers alike.

But why call it “Gentle rain”? In English it sounds vague, even insipid. To Tibetans, used to sudden downpours, flooding rains appearing out of nowhere, at any time of the year, gentle rain is the heart’s desire. Thunderstorms, blizzards, gales, extreme weathers of all kinds are common when you live so high in the sky, halfway up into the troposphere. Oh, for a gentle rain, a rain that grows the sown barley crop and the green sward of the pastures. 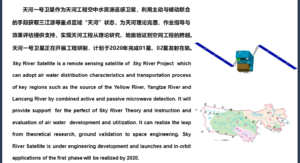 None of this matters to the scientists who plan to blast Tibetan skies with silver iodide to force passing clouds to yield their juices. Mastery is what matters. We must have command of the clouds, lest they drift by, going on to water what is beyond the rivers catchment, such as the newly proclaimed Hoh Xil UNESCO World Heritage area, which is downwind of the designated rain dump area of the scientists.

In the grand national scheme of things, water is the one essential commodity Qinghai can offer to new era China. The pitch is seductively simple: the Yellow River basin, including the megacity of Beijing-Tianjin, is terribly short of water, and we can induce the river in the sky to fall to earth. Qinghai leaders have embraced this flaky science with all the get-rich-quick enthusiasm of a Ponzi scheme promoter. No-one notices that even if the science does actually work, all it achieves is that it rains more just here, and thus less just over there as a result. Who cares anyway about Hoh Xil (Achen Gangyab in Tibetan), which is a land of lakes with no outlet, quietly accumulating and evaporating water seasonally, of no interest to anyone but migrating antelopes seeking a safe birthing ground? 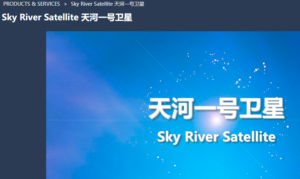 What does matter is magically increasing rain, at the height of the rainy season, in midsummer, over the rivers. How else to get water delivered across northern China?  Water, unlike minerals and other raw materials China needs, can’t be imported on ships, which would sink. But if water just flows naturally down from Tibet to the heavy coal powered industries of Inner Mongolia and then on to the North China plain, cradle of Chinese history, that’s modern magic. That’s mastery.

Until now, this Rukor blog has not taken the prospect of cloud seeding, a kind of planetary geoengineering, seriously. Past blogs have dwelled on the lack of scientific evidence that it works, despite decades, in many countries, of attempts to make it rain on command. Rukor dismissed the enthusiasm for cloud seeding as yet another macho tech bro wet dream, as doomed as China’s attempts at making Chinese crops grow in Tibet.

We called out the dishonesty of the promoters and projectors of rain making, who point to increased rainfall in cloud seeded areas, without acknowledging that, as climate change accelerates, rainfall across all of northern Tibet has been increasing, with and without cloud seeding.

But what we failed to notice was the grip of this supremely masculine fantasy of powerful men at the top of the system of the party-state, in Qinghai and increasingly in Beijing. The sky river has taken root, with official pledges of serious money, the involvement of several prestigious national laboratories, and the full backing of the Qinghai provincial government, as well as prestigious Tsinghua University.

Chief promoter is scientist Wang Guangqian, who has been pitching his sky river for years, as President of Qinghai University. It all sounds so plausible. However Wang is a scientist of rivers and sedimentation, not meteorology, and the favoured earth-bound water transfer project is going nowhere. The south-to-north water transfer project is designed to dam several Tibetan tributaries of the upper Yangtze, transferring huge volumes to the Yellow River further north, via canals and tunnels dug through mountain ranges. This blog has detailed the many reasons this expensive project, which might be good for the coal based industries of Inner Mongolia, but could not reach far enough downriver to help Beijing, is a deal that ain’t gonna happen. 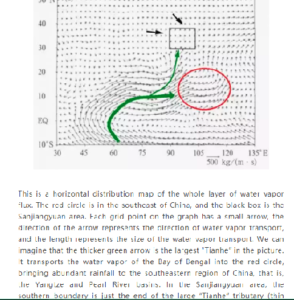 Magically, Wang Guangqian says, there is no need for all that tunnelling and damming, it can all be done by the sky river instead, making it rain over the Yellow River catchment rather than the Yangtze, which doesn’t need it. A very simple and appealing idea, very attractive to a provincial government that knows it has little else that appeals to Beijing. With such backing, the sky river rolls on, with classy Tsinghua University in July 2018 hosting the first international sky river symposium, and various government grants. 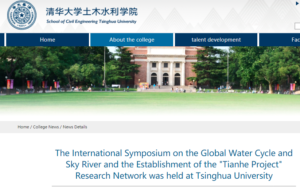 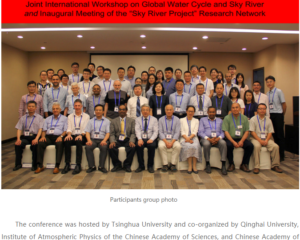 However, none of this means it will happen. Hearteningly, metropolitan scientists openly pour scorn on their provincial colleague, and a highly public controversy has erupted, even in a time of mandatory ideological conformity. Rarely is it so obvious that China is, as ever, a huge, rumbustious even chaotic country where hundreds of flowers bloom, and no government, not even the most highly authoritarian can make everyone line up like ants.

Is this a robust debate, or what? “Many Chinese meteorologists complained last month after it was announced that the project team would launch two weather satellites by 2020 to support the Sky River project.”

“But Sun Jiming, an atmospheric physics researcher with the Chinese Academy of Sciences, said the idea was little more than a pipe dream. “There is no comprehensive theory or technology to show how we can precisely control the formation of clouds or rains,” he said. “Scientists are responsible for telling the public the truth and helping the government make the right decisions.”

“Lu Hancheng, a climate professor with the National University of Defence Technology in China, was equally upset by the proposal, which he said had not been properly justified. “It’s unbelievable that a project that has neither scientific evidence nor technical feasibility was approved,” he said.”

“But scholars never got on board with the concept because of the problem of complex and variable weather conditions, along with geological influences. In 2007, Gao Dengyi, a researcher at the Institute of Atmosphere Physics, which is part of the science academy, concluded the idea wasn’t feasible.”

“Critics of the Sky River project have lambasted the undertaking. “This program is an absurd illusion with zero feasibility,” Lu Hancheng, a professor in the College of Meteorology and Oceanography at the National University of Defense Technology, told ScienceNet.cn, adding that it’s impossible to influence precipitation on such a scale.”

“Wu Zhenghua, a researcher at the Beijing Meteorological Bureau, said in an interview with the Beijing Science and Technology News that this kind of operation can only be implemented in a small scale, such as operating in the range of 5 square kilometres and 10 square kilometres, but it can’t be done in a wide range, our technology can’t do it. But in the end, whether there is a real possibility of implementation, the research team did not give a positive answer. “The artificial impact of weather operations on a large scale is still a worldwide problem. No matter China or the United States, Israel and other countries that conduct artificial weather modification research, no substantial breakthrough has been made. Everyone is still conducting research. We are still only demonstrating this matter. This matter will not work in the end. The scale of the need is still necessary to continue to demonstrate,” Zhong Dejun said.”

“Wu Guoxiong, an academic of atmospheric dynamics and climate dynamics in China, and a member of the Chinese Academy of Sciences, told reporters the concept of “atmospheric rivers” is only an image metaphor. “The water vapor transport channel and the river on the land are completely two concepts.” He emphasized that “the water vapor transport channel in the atmosphere is not fixed and there is no boundary.”

Whether the Qinghai-based scientists can make it rain may never be settled. In Chinese mythology that’s traditionally the job of the Dragon King of the eastern Sea. In the Buddhist classic, Journey to the West, Monkey King and the pilgrim Tripitaka knew all about it.

The river of money may run out, or the scientific laughter may take effect. Dreams of mastery can remain dreams. Or it may be that there are even simpler ways of extracting cloud juices 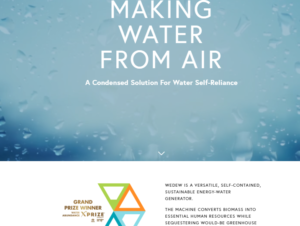